We go to such great lengths to import the best pistachios direct from the farmer in Bronte, Sicily.
Overwhelmed by choice? Their Bronte Pistachio gelato is the way to go!
Michelina Caliendo-Sear & Fiona Bell
Co-owners, Caliendo's Gelato 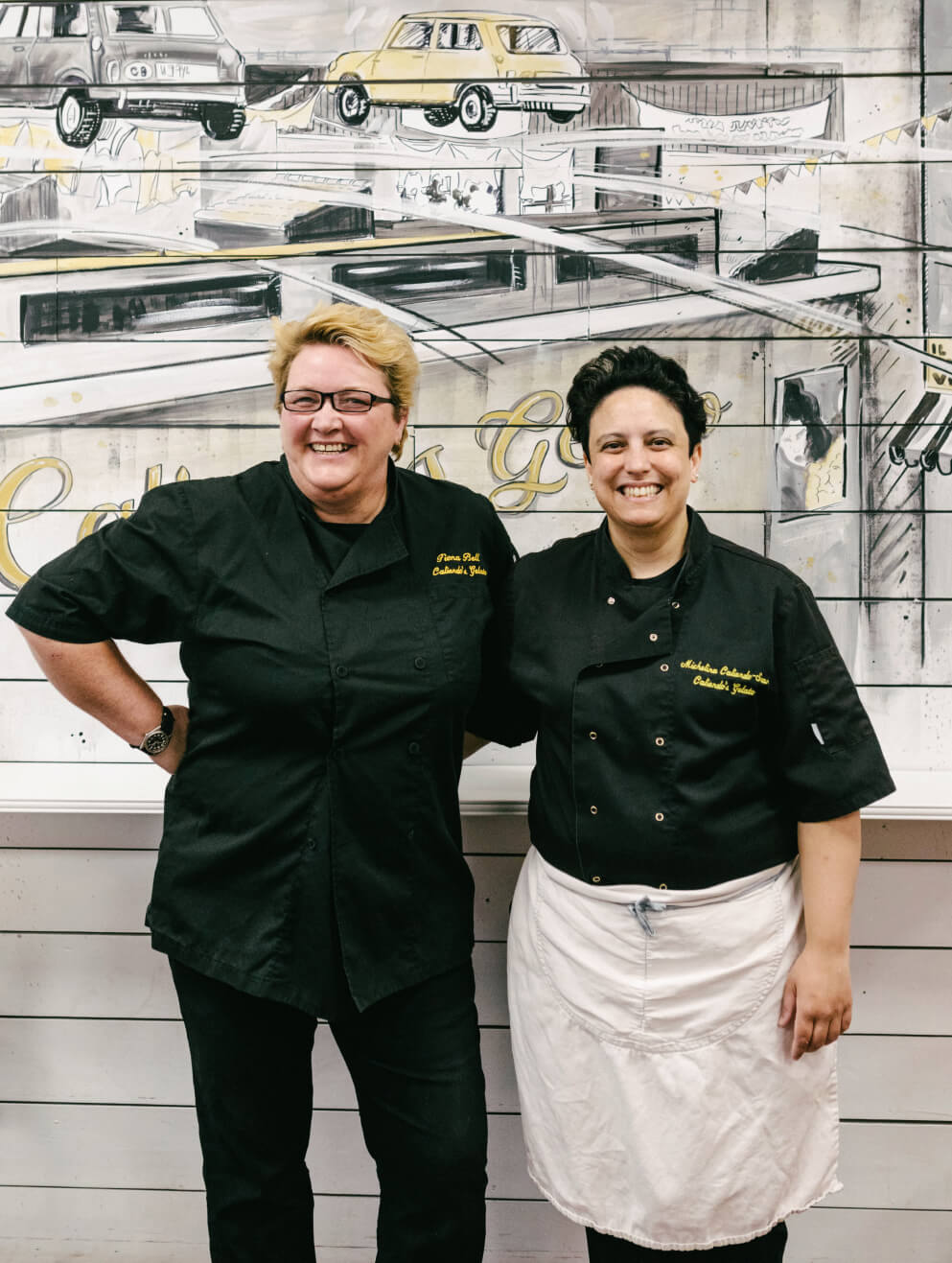 The shop unit used to be a bakery for a long time and then Phoenicia Food Hall ran a bakery in there until they scaled down. 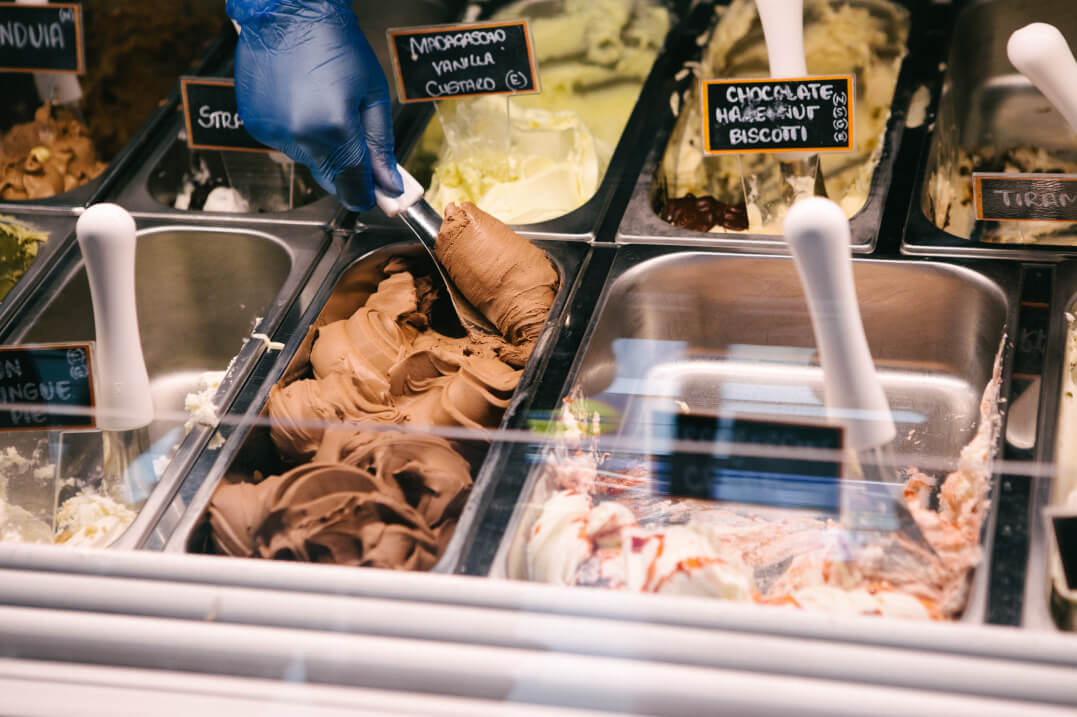 Previously a commercial pilot, Michelina had been teaching people to fly, but after commissioning a family tree she found out that every generation have been gelato makers.

So she felt it was “written in the stars” and went to Italy to learn the traditional ways of making gelato. Upon returning to the UK she also did training with Italian chefs over a couple of years.

Michelina and her partner Fiona only opened in December 2019 and have already been featured in TimeOut, also winning awards such as ‘Best Gelato’ in Greater London Enterprise Awards. 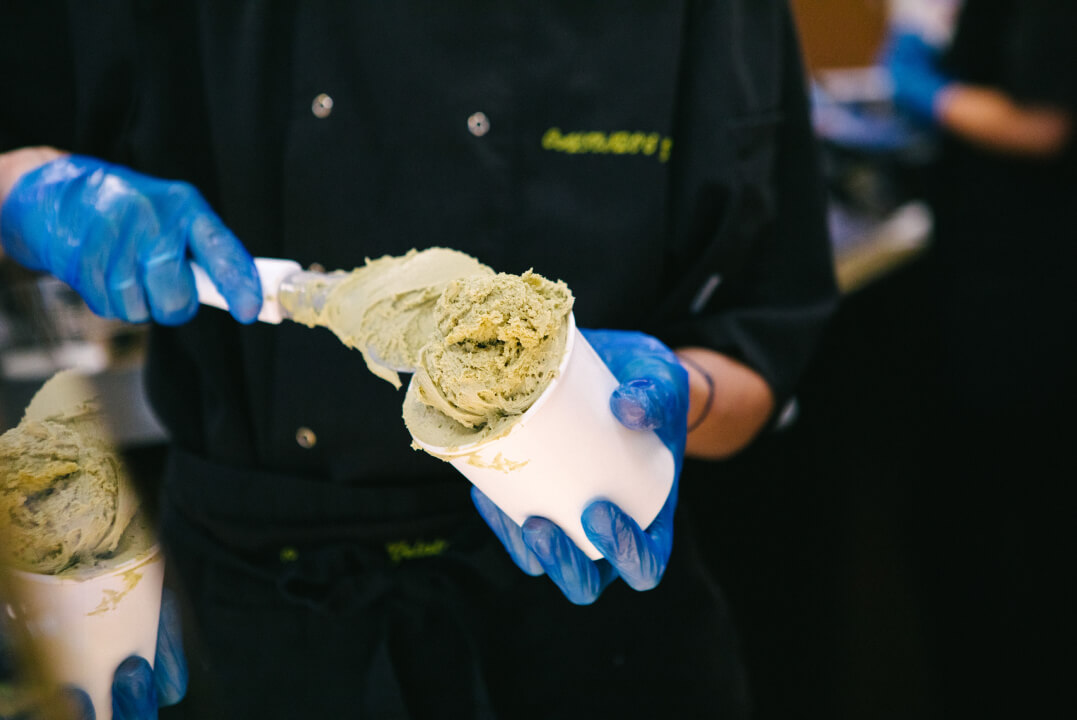 Pistachio Gelato They’ve gone to such lengths to import it from Italy and they can’t keep up with making it!

The pistachios are bought in direct from the farmer and it’s 100% Bronte pistachio that’s grown on the slopes of Mount Etna so it has extra flavour from the volcanic soil.

People still go into the shop to try and buy birthday cakes because it used to be a bakery for so many years!!!

Pop in, say hello, and buy a gelato then tell your neighbours and friends about it.